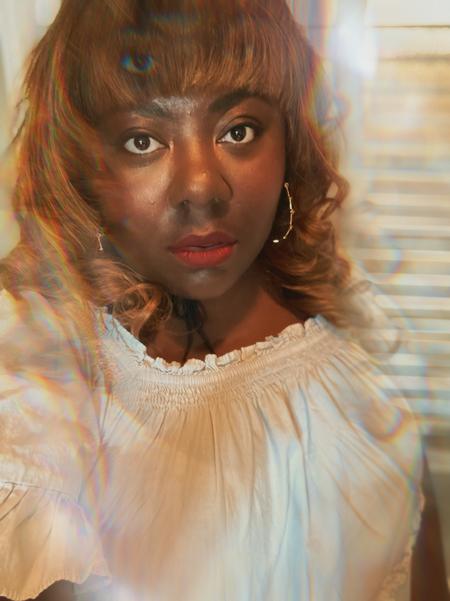 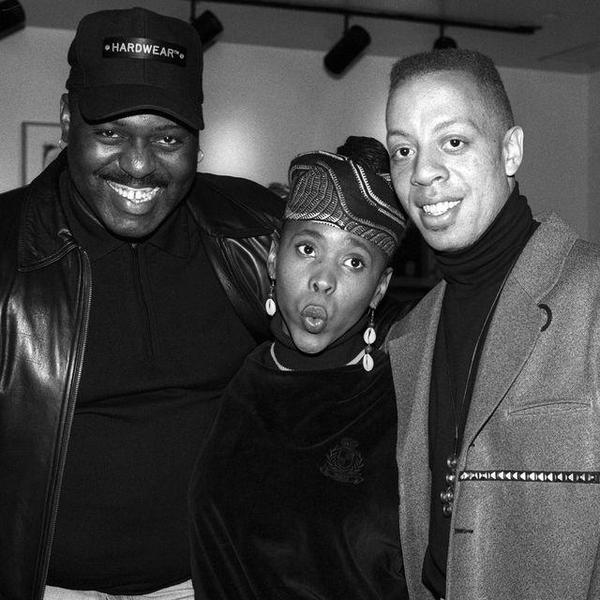 Just days after announcing her forthcoming album Renaissance (set to release on July 29), Beyoncé's new single, “Break My Soul,” sent the Beyhive into a frenzy and onto the dance floor. Featuring Big Freedia, the feel-good track, which was coproduced with Tricky Stewart and The-Dream—who also cowrote Beyoncé's 2009 megahit "Single Ladies"—takes a nod at now-iconic house anthems of the early ’90s, including Robin S’s “Show Me Love.” But it doesn't come as a big surprise: A recent interview with 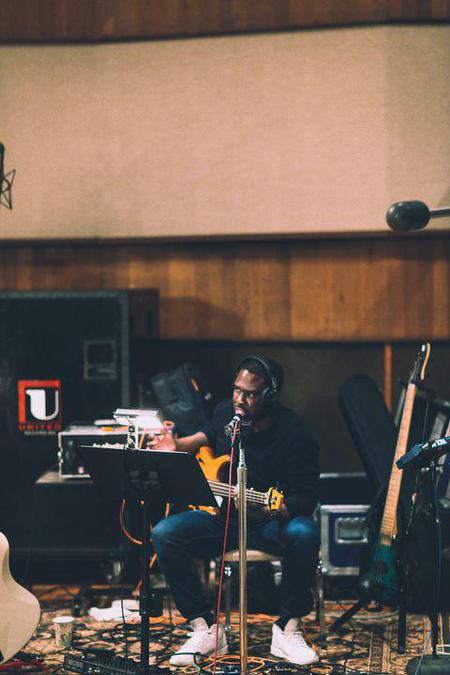 Not every musician boasts credits for the Super Bowl (the 2022 pre-game “Lift Every Voice” performance by Mary Mary and the L.A. Phil’s Youth Orchestra Los Angeles), Academy Awards, and Grammys in one year, let alone a lifetime. Yet, Grammy Award-winning bassist and orchestra conductor Derrick Hodge has accomplished all such milestones this year, and now he’s onto the next pivotal career juncture. On June 19, Hodge will make history co-conducting the Re-Collective Orchestra, marking the first-ever... 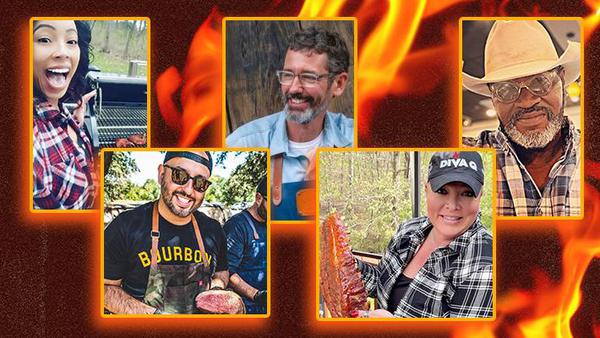 Barbecue Pros And Pitmasters You Should Be Learning From On Instagram

Many things in life warrant appreciation. There’s viewing the sunset at your favorite beach, the joy of tasting a new whiskey, or hearing a beloved band at a music festival. But as much as the previously mentioned experiences are indeed enjoyable, there’s really nothing like the sights, sounds, smells, and first bite of really good BBQ. The language of barbecue is one that I’m well-versed in, but even the most knowledgeable tastemaker isn’t too good to learn more. So where should the curious afi 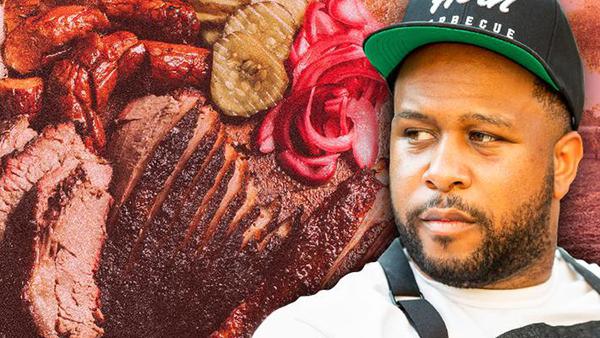 “I try to preserve the foodways of the South based on what I grew up on,” he says. “And pay homage to the men and women that clicked for me – more so the women – that prepared food for me — showing them respect in everything I do. I’m not the man I am without the women in my life.” “I want people to understand that all this didn’t happen overnight,” Horn told me later. “It’s happened over a period of time. And I wanted to translate that into a book and give people insight on the journey.” This 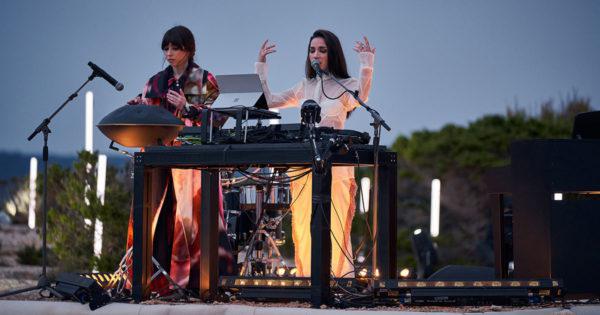 Adweek's annual #Brandweek summit will explore the ideas behind breakthrough successes, discuss solutions to pressing challenges and explore new opportunities in the Metaverse. Join leaders from Alo Yoga, Hyundai Motor America, Frito-Lay and more, Sept. 12–16 in Miami. Sign up early to save. 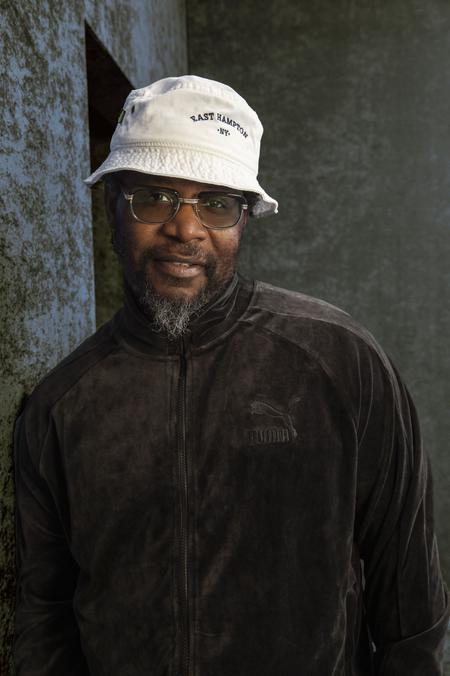 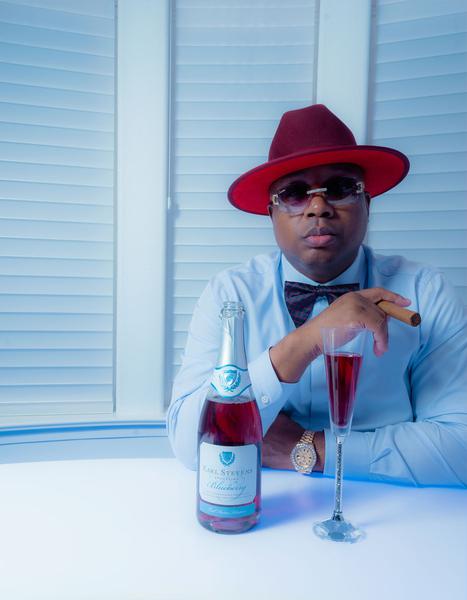 Rapper & Business Mogul E-40 On His Spirits & Wine Empire: “The Proof Is In The Juice" 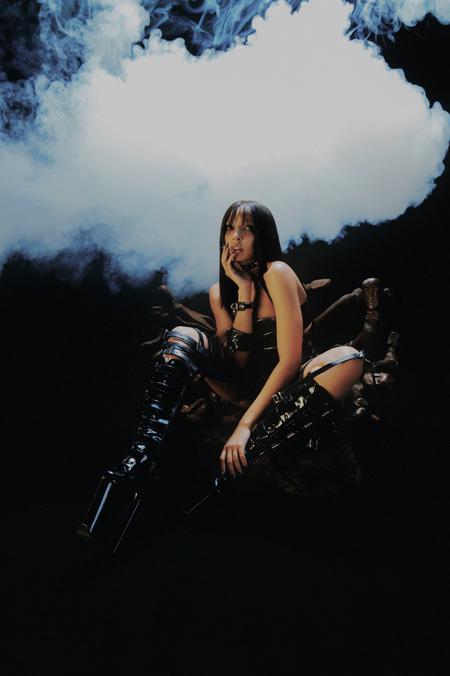 The Pursuit of Happiness: Tinashe Shares Her Wellness Journey

“A big part of having good mental health is understanding and realizing, and having compassion for yourself,” Tinashe tells EDITION. Below, we speak to the star about her wellness routine and life mantra. 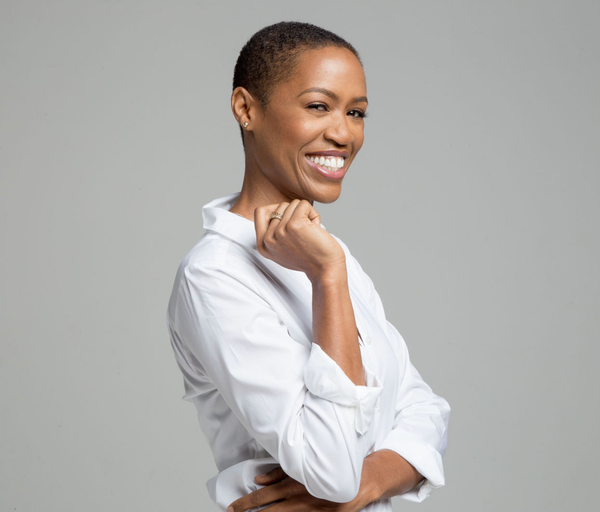 Many of us struggled as teens to have the self-assurance of donning certain styles, let alone the lack of boldness of knowing the essence of our character. 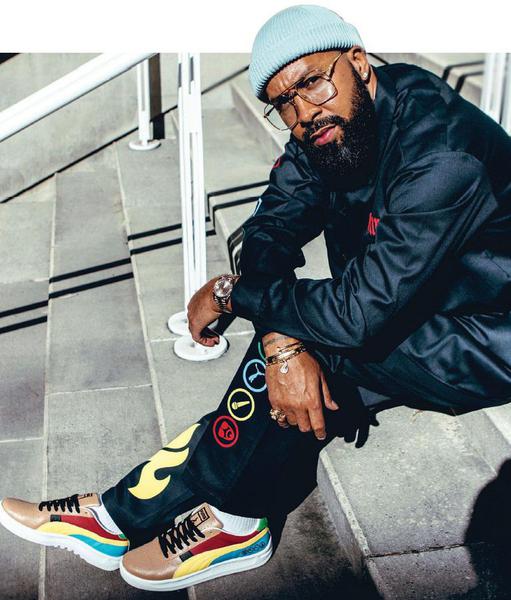 This feature is in the March/April Next Wave Issue. Click here to subscribe. PUMA teamed up with Kenny Burns in December 2021 for the release of the limited-edition Work Harder GV Special sneaker. PHOTO BY JHALIN KNOWLES Multihyphenate maven Kenny Burns (@kennyburns) has spent over 20 years in the entertainment, fashion and lifestyle spaces doing what he does best: connecting. Forming connections and building opportunities is an art form that Burns has developed since he was a young child. 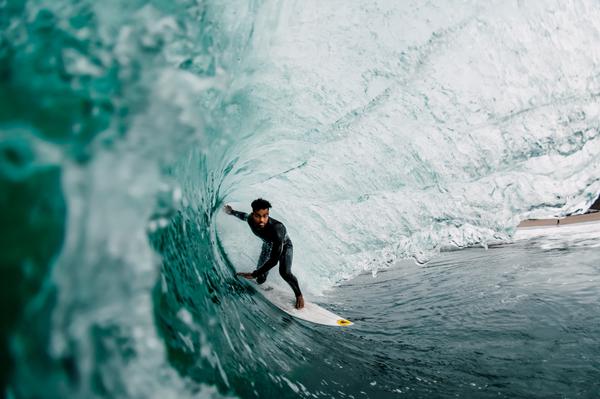 Being a professional surfer or skateboarder of color delivers some novelty to the extreme sports world – and this is a perspective that free surf athlete/filmmaker Hunter Jones doesn’t take for granted. 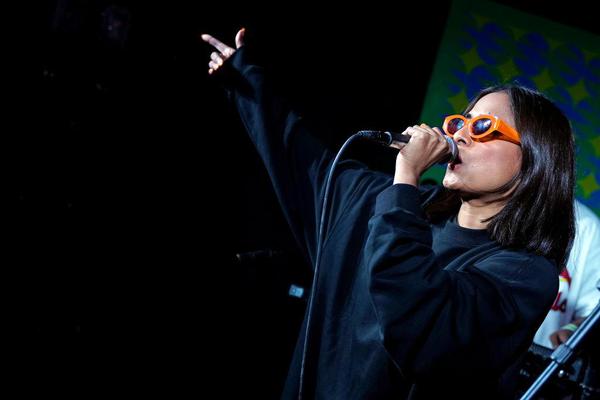 Behind the Scenes of SXSW: Priya Ragu On Owning Your Roots & Musical Inspiration

Although SXSW 2022 has officially ended, we’re still talking about Tamil-Swiss vocalist, songwriter, and producer Priya Ragu’s energy-packed performances! Ragu’s fusion of sultry R&B and hip-hop coupled with the signature sounds of Tamil music makes for an enjoyable, danceable listen that comes even more alive on stage. Last fall, the burgeoning artist unveiled her debut mixtape, damnshestamil, which taps into her Tamil heritage of which her brother and producer Japhna Gold draw much influence. 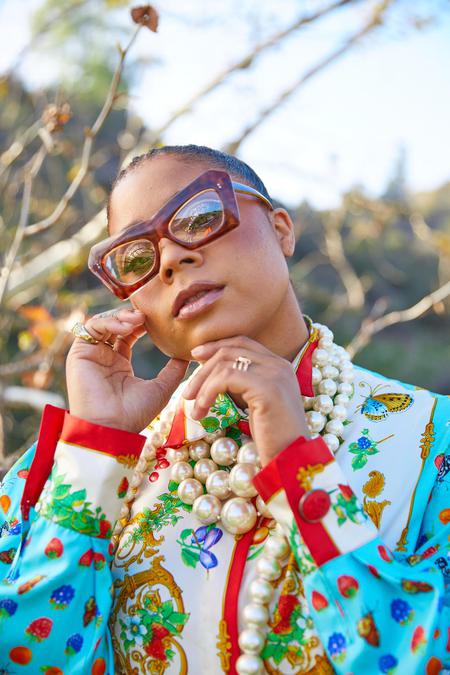 As a songwriter, Tayla Parx is the creative genius behind some of your favorite songs of talent, such as John Legend (“I’m Ready”), Ariana Grande (“Thank U, Next”), plus Megan Thee Stallion and Normani (“Diamonds”), and many others. Already shining like a star in the songwriting world, Parx is now taking to the stage as a performer. Moreover, the Grammy-nominated artist is also on a mission to help songwriters with their mental health via her Burnout camps. As an advocate of wellness, Parx unsel 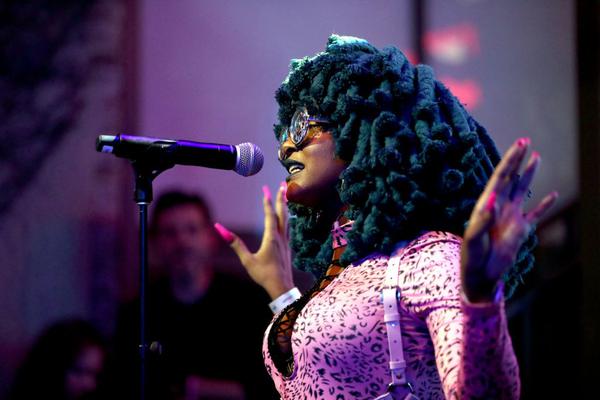 Behind The Scenes Of SXSW: Queen Of Gqom Moonchild Sanelly Redefines Female Empowerment Through Music

When you have a conversation with singer and dancer Moonchild Sanelly, you can’t help but feel her contagious energy.

Here's the story: In the 1850s, an enslaved man, Nathan "Nearest" Green, was the one who taught a young Jack Daniel how to distill Tennessee whiskey. Once the Civil War was over, Daniel then hired Green, now a free man, to be his first head distiller. But that story—Nathan Green's story — remained largely unrecognized for over a century. That was until 2017, when Uncle Nearest Premium Whiskey debuted. Created by CEO Fawn Weaver, Uncle Nearest highlights Nearest Green's legacy one bottle at a tim 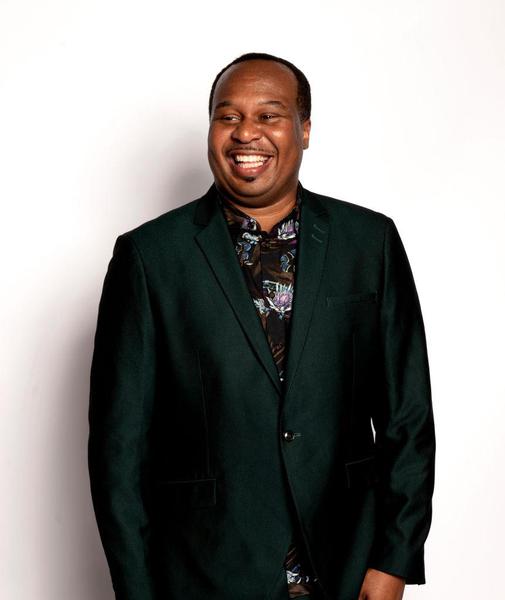 Behind the Scenes of SXSW: Roy Wood Jr. Talks ‘The Daily Show' & Growth as a Comedian

In the past several years, we’ve all witnessed the twists and turns of the political climate coupled with a pandemic. The silver lining is comedy has kept many of us coping through this tumultuous new decade. One of the key shows highlighting current events with a humorous slant is The Daily Show with Trevor Noah. One of the show's entertaining correspondents is comedian, actor, and producer Roy Wood Jr. In addition to being one of The Daily Show’s correspondents, Wood is a collaborator on two p 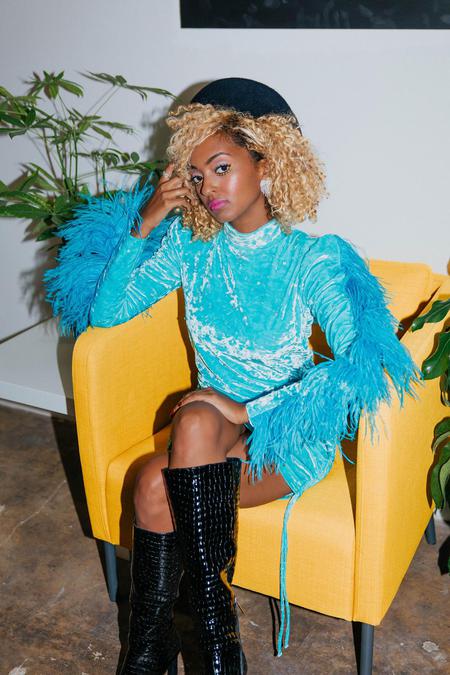 Ethiopian-American singer-songwriter Mélat is one of the best things to happen to the R&B world. She leaves her heart on the stage as a performer while she bears her soul on paper as a songwriter. With a power-packed voice and skillful pen, the Austin, Texas native crafts songs about love in a way that’s empowering and refreshing. Last month, Mélat released her new song and visual for “The Lesson.” Although she originally wrote “The Lesson” a few years back, Mélat decided to re-visit its releas 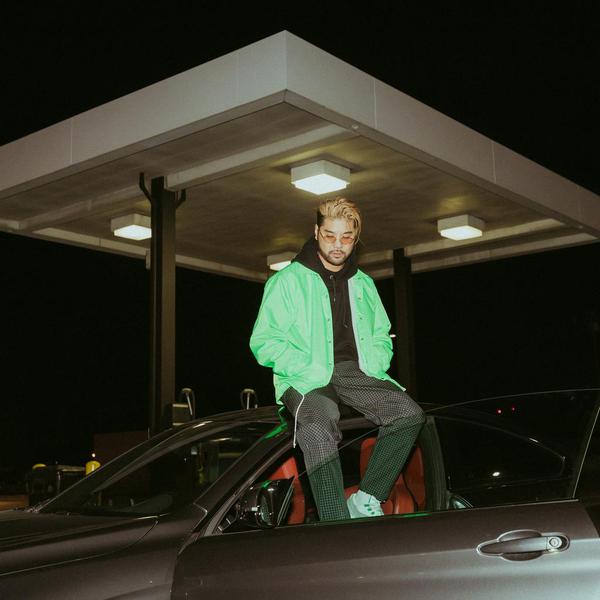 Wax Motif On His Debut Album, Ultra Music Festival, & Leaving Behind a Legacy

It’s easy to become a one-trick pony in the music industry, especially in the electronic dance music scene. However, Danny Chien, better known as Wax Motif, proves on his debut album, House of Wax, that he’s a jack of all trades working in a variety of layers from hip-hop to melodic house. Though known as one of the key artists in producing bass-heavy G-House sounds, this L.A.-based DJ-producer has musical influences rooted in R&B, UK garage, and of course, house music. Chinese by heritage and A 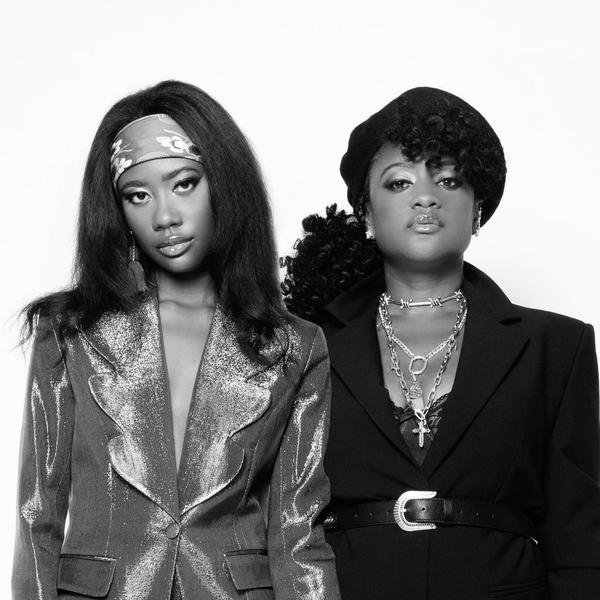 O.N.E The Duo: From Wu-Tang Fame to Debuting to the World as Country Music's First Black Mother-Daughter Act

Mickey Guyton. Brittany Spencer. Rissi Palmer. These singer-songwriters are among the small group of leading ladies in the country music space, raising awareness and visibility for Black women tapping into the scene. Among those inspired by such artists is the rising country-Americana mother-daughter act O.N.E The Duo. Comprised of Tekitha, known for her work as the female vocalist of the Wu-Tang Clan, and Prana Supreme Diggs, her daughter with RZA, Wu-Tang’s founder and producer, the duo have c 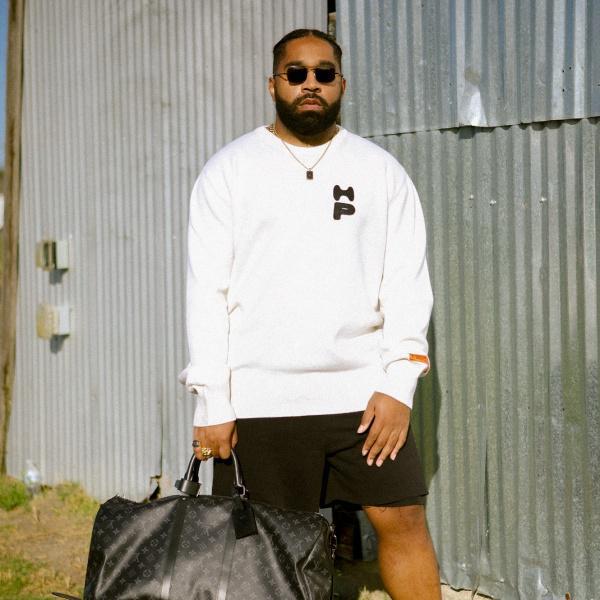 DIXSON On His Life As a Producer and Singer-Songwriter: “How Blessed Are We That We Get to Do This On a Daily Basis?”

It’s not a guarantee in your career trajectory as an artist that you’ll be nominated for both an Academy Award and Golden Globe. Yet, for singer-songwriter and producer DIXSON, he’s reached such milestones thanks to his tremendous talent and collaboration with Beyoncé on “Be Alive” featured in the movie King Richard. In addition to flexing his vocal chops, DIXSON also plays 11 instruments! Outside of his infectious passion for music is the gratitude he has for being able to bestow upon his list
Load More Articles
Close ✕ 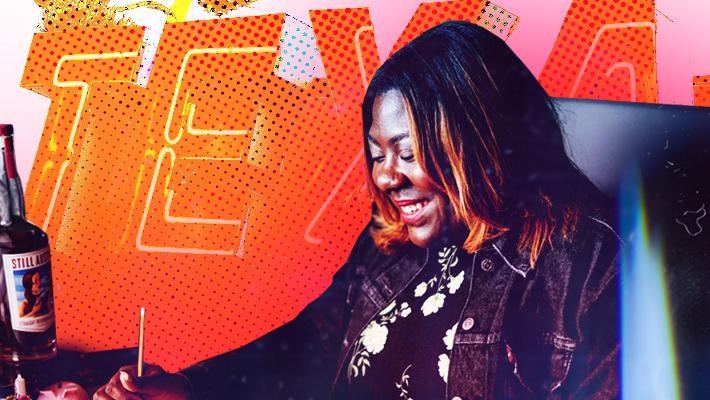 I am an award-winning journalist and copywriter based in Austin, Texas, USA. You can follow me on social media with the links below.